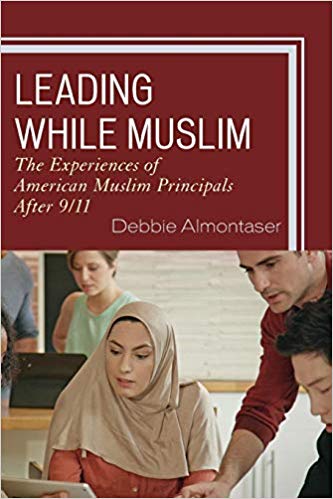 There has been a sizable amount of research on how 9/11 has had an impact on public school communities, including students, teachers, and parents of Muslim identity. There is however a lack of study on Muslim principals of public schools. This book examines the lived experiences of American Muslim principals who serve in public schools post-9/11 to determine whether global events, political discourse, and the media coverage of Islam and Muslims have affected their leadership and spirituality. Such a study is intended to help readers to gain an understanding of the adversities that American Muslim principals have experienced post-9/11 and how to address these adversities, particularly through decisions about educational policy and district leadership.

About the Author:   Dr. Debbie Almontaser was the founding and former principal of the Khalil Gibran International Academy in Brooklyn, New York. A 25-year veteran of the NYC Public School System, she taught and served as a director in special education and inclusion, trained teachers in literacy, and served as a multicultural specialist and diversity advisor. Currently, she is the Founder and CEO of Bridging Cultures Group Inc and a Professor at the College of Staten Island's School of Education in the Post Masters Advanced Certificate Program for Leadership in Education.

Discussant:   Randi Weingarten is president of the 1.7 million-member American Federation of Teachers, AFL-CIO, which represents teachers; paraprofessionals and school-related personnel; higher education faculty and staff; nurses and other healthcare professionals; local, state and federal government employees; and early childhood educators. Prior to her election as AFT president in 2008, Weingarten served for 12 years as president of the United Federation of Teachers, AFT Local 2, representing approximately 200,000 educators in the New York City public school system, as well as home child care providers and other workers in health, law and education  Weingarten is also President of the Albert Shanker Institute. She holds degrees from Cornell University’s School of Industrial and Labor Relations and the Cardozo School of Law.