Think about something you have always wanted to learn or accomplish but never did, such as a speaking a foreign language or learning how to play an instrument. Now think about what stopped you. There’s probably a variety of factors but chances are those factors have little to do with technology.

Electronic devices are becoming cheaper, easier to use, and more intuitive. Much of the world’s knowledge is literally at our fingertips, accessible from any networked gadget. Yet, sustained learning does not always follow. It is often noted that developing digital skills/literacy is fundamental to 21st century learning but, is that all that’s missing? I suspect not. In this post I take a look at university courses available to anyone with an internet connection (a.k.a. massive open on-line courses or MOOCs) and ask: What attributes or skills make some people (but not others) better equipped to take advantage of this and similar educational opportunities brought about by advances in technology?

In the last few months, Stanford University’s version of MOOCs have attracted considerable attention (also here and here), leading some to question the U.S. higher education model as we know it – and even envision its demise. But, what is really novel about the Stanford MOOCs? Why did 160,000 students from 190 countries sign up for the course “Introduction to Artificial Intelligence”?

According to Kevin Carey at The New Republic:

The availability of free Internet courses itself wasn’t all that innovative—MIT’s Open Courseware initiative is a decade old and elite schools like Yale and Carnegie Mellon have followed suit. The news was that the Stanford professors were letting students in their global classroom sit for the midterm, at proctored sites around the world. Those who did well on the A.I. test and a later final exam got a letter saying so, signed by the professors, a pair of well-known roboticists from Silicon Valley.

The 23,000 students who completed the A.I. course received a PDF file showing their percentile score. That’s what separated Stanford from similar but less notorious experiences: Recognition in the form of a non-official yet symbolically important credential. A non-technological change but one that tapped directly into recipients’ motivation.

As this short movie explains, a MOOC “is not just an on-line course. It’s a way to connect and collaborate […] It is, maybe most importantly, an event. An event around which people who care about a topic can get together, work and talk about it in a structured way."

The success of MOOCs depends first and foremost on attracting “people who care about a topic." So, at a more basic level, 160,000 students signed up for the course fundamentally because they cared about Artificial Intelligence. If we want to equip young people with what it takes to make good use of technology-enabled learning opportunities, we need to teach them to care. Although the cartoon below is hyperbolic, it suggests that most kids these days may not need to be taught how to use a computer or a smart phone. Conversely, what they might need are opportunities and guidance to develop interest and foundational knowledge in subject matter – see here. 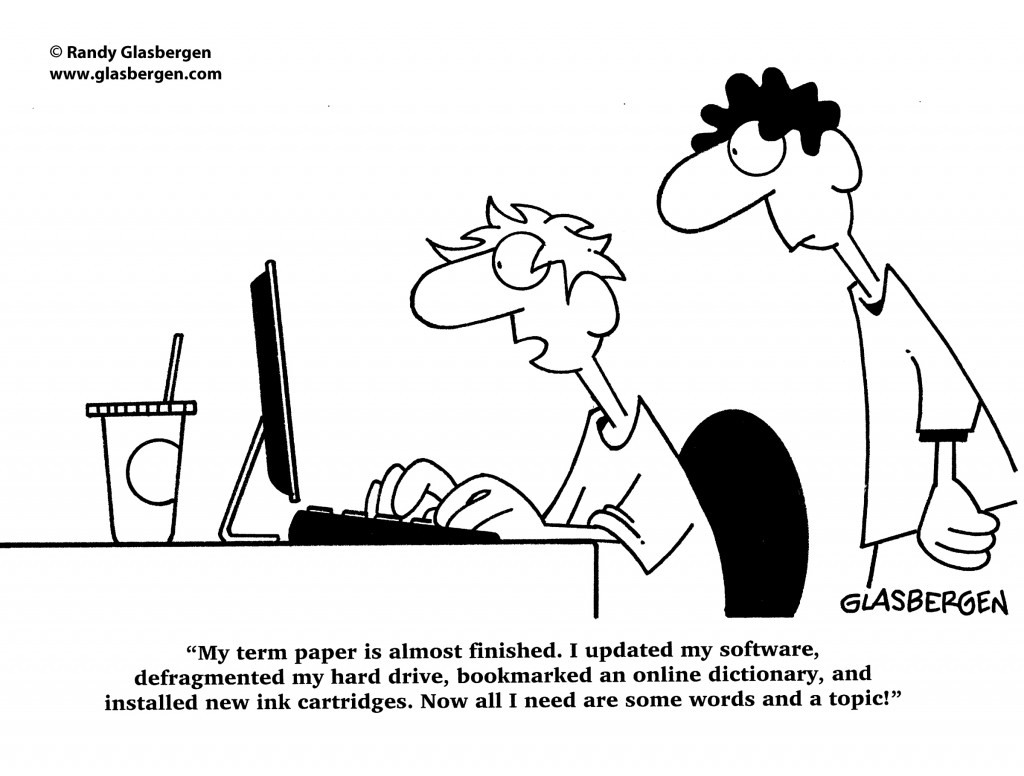 In the past, research of and attention to open online courses focused on technology and content. More recently, however, because the courses require rich interaction among participants, attention has shifted away from technology and toward social aspects. In other words, people realize that MOOCs are as much about forming relationships with others who have similar interests, as they are about the interests themselves: People learn as they interact with one another.

In sum, if individual motivation and social interaction are keys to becoming a self-directed learner, the questions we need to be asking ourselves, as I have argued elsewhere, are not primarily about what technologies to introduce in our schools and colleges, nor are they about what digital skills to teach to our (already tech-savvy) students. Rather, the fundamental conversation we need to have is about how to motivate and engage students with different fields and topics, as well as how to interest them in the kinds of social relations that help foster and sustain learning.

Open courses have been around a while, but we need to know more about how they work and who they serve. The Caledonian Academy, for example, is examining and systematizing the strategies that adults use to self-regulate their learning. But, until we know more about this complex phenomenon, we should keep in mind that open content, an internet connection and some computer skills will not necessarily result in generalized access or a free education for all.

Of the original 160,000 who signed up for the Stanford AI course, 23,000 completed it (15 percent); 137,000 did not. What separates these two groups? Answering this and related questions might illuminate the more general issue at stake, namely the specific conditions under which people become autonomous, life-long (or 21st century) learners. Only when we know more – and technology may be instrumental to this goal – will we be able to foster the right learning conditions for broader segments of society. Only then will innovations like open online education be truly open for all.

I agree! The current model is going to become a relic of the past. The global technological landscape is just too vast for the current setup! Please refer to my book for additional comments! I speak about the influence of the media in the book.
Todney