Can Knowledge Level The Learning Field For Children?

How much do preschoolers from disadvantaged and more affluent backgrounds know about the world and why does that matter? One recent study by Tanya Kaefer (Lakehead University) Susan B. Neuman (New York University) and Ashley M. Pinkham (University of Michigan) provides some answers.

The researchers randomly selected children from preschool classrooms in two sites, one serving kids from disadvantaged backgrounds, the other serving middle-class kids. They then set about to answer three questions:

To answer the first question, the researchers determined how much children from both groups knew about birds and the extent to which they were able to make inferences about new words based on such knowledge.

Not surprisingly, lower-income children had significantly less knowledge about birds and bird behaviors than did their middle-class peers. To rule out the possibility that these differences were the result of disparities in language proficiency, Kaefer et al. measured the children's receptive vocabularies. This way, they were able to establish that poor kids knew less about birds, not merely because they knew fewer words related to birds, but because they had less information about the domain in general.

To answer the second question -- whether differences in knowledge influence the kids' ability to learn in the classroom -- a second study evaluated children's ability to understand words out of context and to comprehend a story that was read to them. As predicted, children from middle-class backgrounds, who had greater knowledge about the domain category (i.e., birds), performed better in these two tasks than children with more limited knowledge about the domain.

It may not be obvious to adults, but learning words from books is not an automatic or straightforward task for young children. In fact, argue the authors of the paper, one of the factors influencing this process is children’s preexisting knowledge. Previous research (cited in the paper) has established that children with larger vocabularies acquire new words implicitly from storybooks more readily than children with smaller vocabularies. At least two mechanisms might explain the relationship between vocabulary and learning. 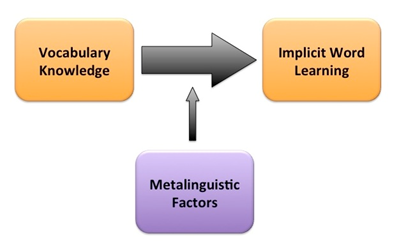 Alternatively, if children’s vocabulary is viewed as an indicator (or “reflection”) of their general background knowledge, it may be the breadth and depth of their preexisting knowledge that influences their implicit word learning. 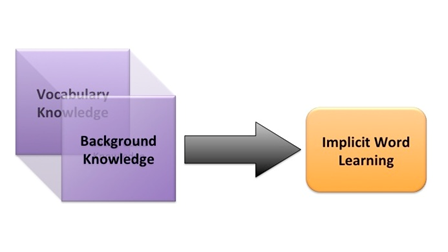 To recap, the first study discussed above established that children from disadvantaged backgrounds know less about a topic (i.e., birds) than their middle-class peers. Next, in study two, the researchers showed that differences in domain knowledge influenced children’s ability to understand words out of context, and to comprehend a story. Moreover, poor kids -- who also had more limited knowledge -- perform worse on these tasks than did their middle class peers. But could additional knowledge be used to level the playing field for children from less affluent backgrounds?

In study three, the researchers held the children’s prior knowledge constant by introducing a fictitious topic -- i.e., a topic that was sure to be unknown to both groups. When the two groups of children were assessed on word learning and comprehension related to this new domain, the researchers found no significant differences in how poor and middle-class children learned words, comprehended a story or made inferences.

While this research, like all research, has limitations -- see the paper for a discussion of these -- the results taken together suggest that one powerful way to level the “learning field” for all children is to facilitate poor kids access to "taken for granted" knowledge that middle class children, on average, are more likely to possess, primarily because they have been exposed to it in the first place.

When poor and middle class children are given the same opportunities to assimilate new knowledge, their subsequent learning is comparable. Of course this is only one study, but the main finding and its implications are extremely powerful. It suggests that if preschool programs are not making a difference for children from disadvantaged backgrounds, it might be the case that the programs are not tackling an important but solvable problem: A deficit in knowledge.

Post-script: If you are interested in this issue, check out “Early Childhood Education: the Word Gap and the Common Core," a public conversation taking place Dec. 11, 2013.