The Freedom Schools of 1964 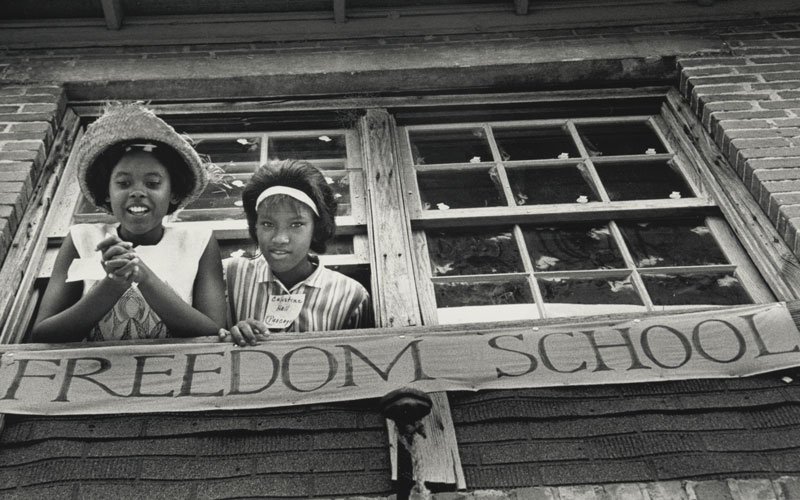 For almost a decade, politicians in the southern states did almost anything they could to resist implementing the Supreme Court’s 1954 Brown v. Board of Education decision, which mandated the racial desegregation of all American schools. In the early 1960s, in a last bid for resistance, some southern school districts, especially in Mississippi, moved to close down all of public schools, opening private schools for white children instead.

In 1964, civil rights activists responded by opening a network of alternative “Freedom Schools” for the black children of the south. The summer of 1964 was declared to be “Freedom Summer” and activists recruited hundreds of northern volunteers, most of them white and many of them teachers, to come for a few months to register voters and to teach in the Freedom Schools.

In 2014, to honor the 50th anniversary of these events, the Shanker Institute began developing resources for teachers in today’s classrooms. These include lesson plans (which will be posted on these pages in the spring of 2015), historical materials, and interviews with some of the teachers who made history.

See here for an interview with teachers in the Freedom Schools of Prince Edward County, VA.

See here for a brief history of the Freedom Schools from the AFT (including excerpts from the Prince Edwards video).

See below for a copy of the curriculum used in the Freedom Schools of Mississippi.